Jai Tulsi Mata – Tulsi Aarti is sung for Goddess Tulsi who is also known as Vishnupriya – beloved of Lord Vishnu. In Sanskrit the term ‘Tulsi’ means “the incomparable one” and is regarded as Lakshmi, the Goddess of wealth and the consort of Lord Vishnu. Tulsi (Holy Basil) is an important symbol of Hindu tradition and the Tulsi Plant is worshiped by Hindus all over the world.
Aarti is a Hindu religious ritual of worship, a part of puja, in which light from wicks soaked in ghee (purified butter) or camphor is offered to one or more deities. Aartis also refer to the songs sung in praise of the deity, when lamps are being offered.
Credit
Language: Hindi Singer: Sanjeevani Bhelande Composer: Traditional Lyrics: Traditional Music Producer/Arranger: Surinder Sodhi Sound Engineer: Mayur Bakshi Manager (Rajshri Music): Alisha Baghel Producer: Rajjat A. Barjatya Copyrights and Publishing: Rajshri Entertainment Private Limited

Sai Baba of Shirdi, also known as Shirdi Sai Baba, was an Indian spiritual master who was and is regarded by his devotees as a saint, fakir, and satguru, according to their individual proclivities and beliefs.
Sai Baba Aarti with Lyrics 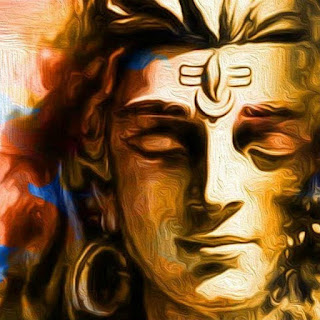 Shiva is considered the Supreme God of the Hindus. This aarti (devotional song) is sung by his devotees in his glory. He is often depicted as immersed in deep meditation, with his wife Parvati and children or as the Cosmic Dancer.